We kindly invite you on Wednesday 21 December to a presentation by professor Muriam Haleh Davis of her new book "Markets of Civilization: Islam and Racial Capitalism in Algeria". Professor Sami Zemni will act as discussant. The lecture takes place at auditorium E, Technicum 2: Campus UFO, St-Pietersnieuwstraat 41, 9000 Gent.

In Markets of Civilization Muriam Haleh Davis provides a history of racial capitalism, showing how Islam became a racial category that shaped economic development in colonial and postcolonial Algeria. Highlighting the entanglements of race and religion, Davis demonstrates that economic orthodoxies helped fashion understandings of national identity on both sides of the Mediterranean during decolonization.

Muriam's talk is part of the Politics at the Margins seminar series. We start at 17h GMT+1. We would be delighted if you could attend. For those of you who cannot participate physically, we will provide a youtube livestream, to be announced later. You can pose questions in the youtube chat, which we will bring up in the Q&A. 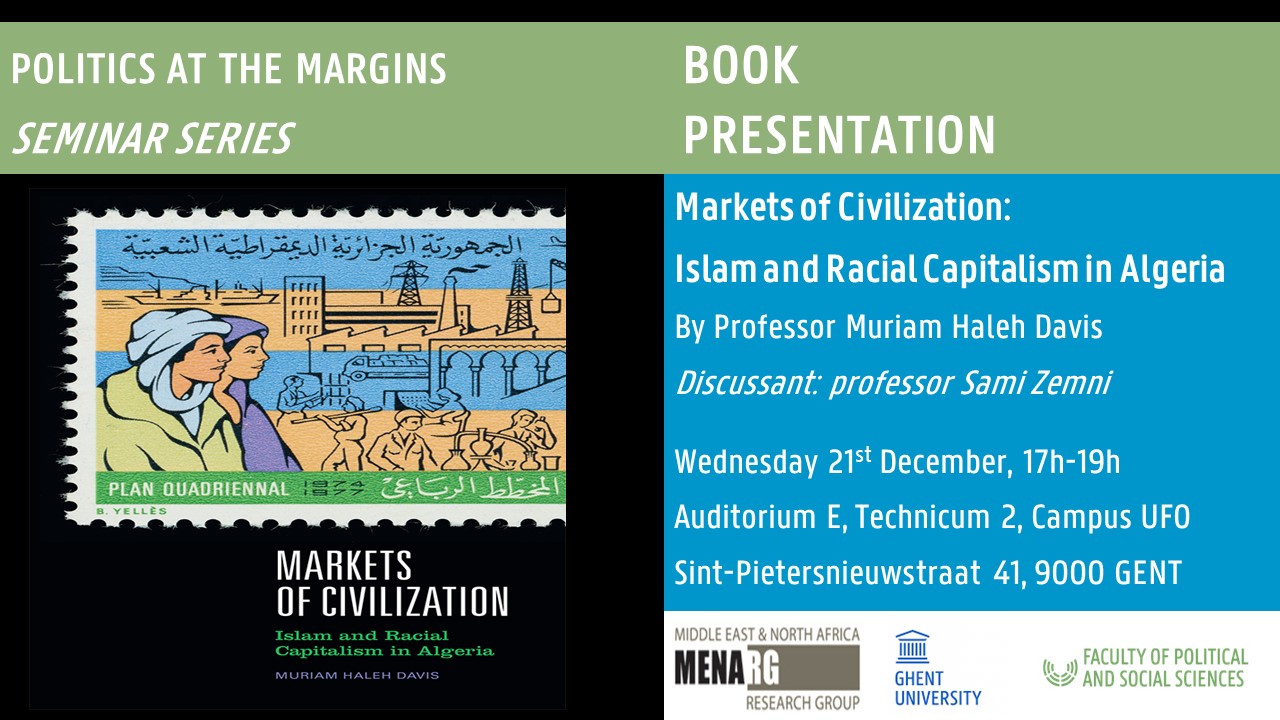