Symposium - The potential of genome editing for sustainable African agriculture

Innovations and their integration into farming practices have always been vital for agriculture and food production. Breeding new plant varieties is not a simple, nor a rapid process. Genome editing is a transformative innovation for improved breeding accuracy, allowing scientists to make targeted genetic changes.

Only few commercialized genome edited products have reached the market yet, making it a challenge to quantify the economic, environmental and nutritional benefits. However, considering that genome editing technologies are an evolution of existing mutagenesis and GM plant breeding technologies, it can be expected that they will further the benefits already observed and quantified with earlier technologies.

Furthermore, genome editing may overcome previous limitations of GM technologies. Indeed, it could probably allow more easily the improvement of existing local and regional crop varieties that both farmers and consumers are familiar with, rather than working on introducing new crop varieties into a region. Genome editing technologies can be seamlessly applied to existing development research programs, especially in Africa and in the global South.

With the commercialization of genome-edited crops just beginning, regulatory frameworks still range from non-existent to equivalent to GM crop regulations, which ultimately could lead to a ban on the technology in some regions or countries.

With this symposium on 30 June and 1 July, we want to understand the state of the art and the potential of the genome editing to be transformative towards a more resilient and sustainable African agriculture. We will elaborate on the ongoing research, the regulatory framework and the socio economic potential of this technology for the African continent.

For more information and registration: The potential of genome editing for sustainable African agriculture | VIB Conferences 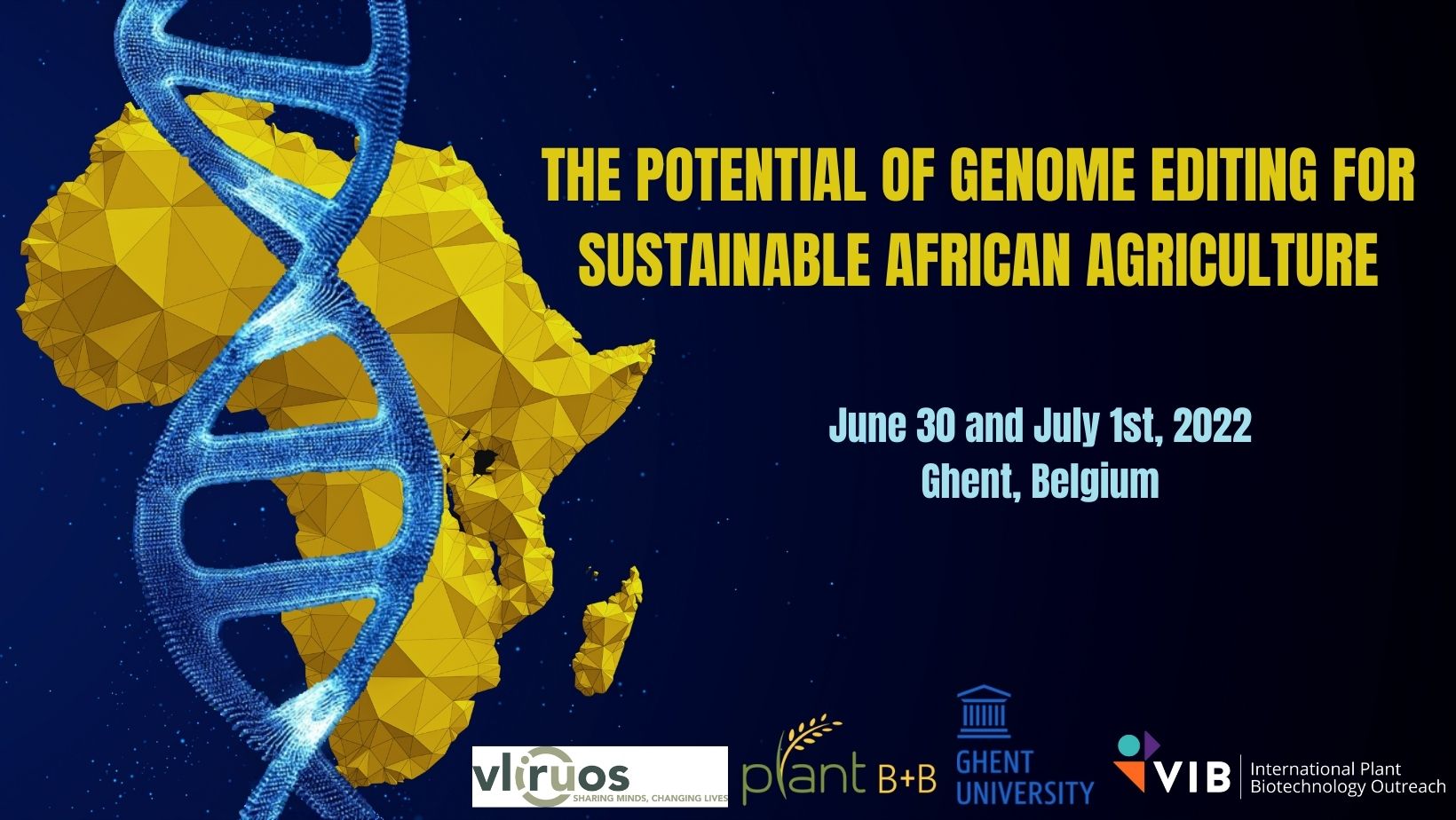